The Nollywood actress, Daniella Okeke has gotten a new mansion in Lekki as a Christmas gift for herself.

Nollywood actress Daniella Okeke has gotten for herself another mansion and her friends’ aren’t keeping calm about it.

The actress took to her Instagram page on Tuesday, December 17, 2019, where she shared a photo of the newly acquired mansion. She went on to caption the photo with a quote where she talked about ending the year on a good note.

“It wasn’t a bad year after all. Thank you God for another one,” she wrote.

She has since been receiving congratulatory messages from her friends and fans. Congratulations to Daniella Okeke on this latest addition to her list of properties. Daniella Okeke has had a relatively quiet 2019 as she has stayed away from controversies. 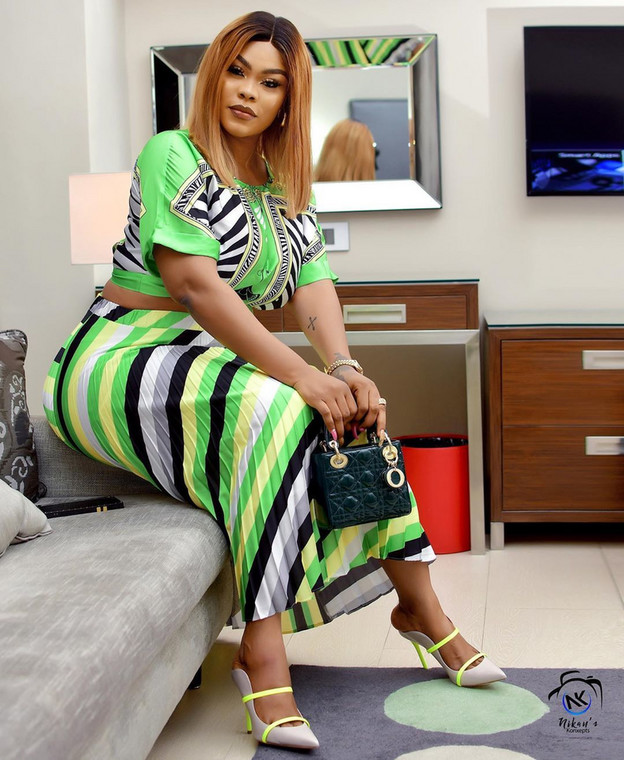 However, during the general election season, the actress was in the news as she couldn’t hide her displeasure over the outcome. She was quite vocal about her views and wasn’t even shy to call out the president of Nigeria.

This might sound hilarious to some people while others might also take it seriously but the voluptuous actress made her frustrations and desires known via her Instagram page on Monday, February 25, 2019.

In her posts, she said she was fed up with the country and was ready to relocate to another nation. She even went on to openly appeal to any man with a foreign passport to come and marry her.