Top 5 Most Expected Movies For December Release: As film buffs wait with bated breath ahead of December 2019 releases, here are the most anticipated film productions.

December is gradually becoming the month for big releases in Nollywood and top filmmakers and production companies have lined up big movies up for release this Christmas.

Interestingly, films like ‘Knockout Blessing’ and ‘God’s Calling’ which were top contenders, managed to stay afloat despite the wave of the blockbusters in the cinemas.

2019 is another year and already, there are some highly anticipated films billed for December releases. Despite a return by AY, EbonyLife films, film buffs are rooting for Emem Ema’s film debut, ‘Kpali’ to stage a surprise in the cinemas.

It’s barely seven weeks before the end of year 2019, and the Nigerian film industry still has more to offer movie lovers.

Here are five Nollywood films to watch out for before the end of the year 2019:

‘Muna’ is the story of a spirited girl raised by her grandmother; the last surviving member of their family. Muna’s driving desire to provide a better life for herself and grandmother in the land of milk and honey leads to shady characters that will change the trajectory. Landing her smack dab into the hands of traffickers.

That experience turns her once golden heart into one driven by stone-cold revenge on those who stole her innocence but she found love while on the mission.

The movie stars Adesua Etomi-Wellington alongside Onyeka Onwenu, Falz, Ebele Okaro among others.

‘Your Excellency’ tells the story of Chief Ajadi and his wife. Nigeria is thrown into a social media frenzy when the most unlikely candidate ever decides to run for president. His unexpected rise intrigues the public, as they begin to believe an outsider can aspire to the highest public office. As the story reaches its climax, you begin to believe that anything and everything can happen if you capture the imagination of a nation through the power of social media. 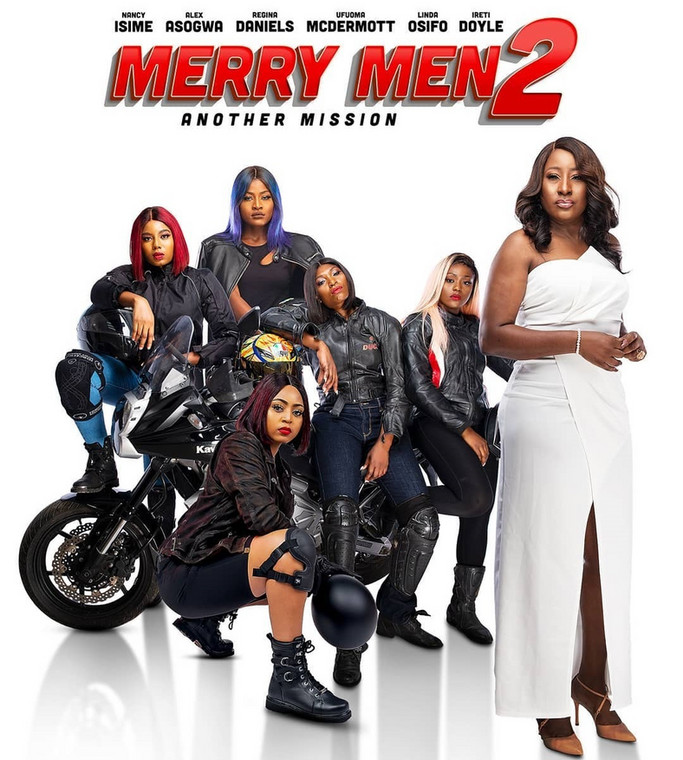 Remi Martins, Amaju Abioritsegbemi, Ayo Alesinloye, and Naz Okigbo are Abuja’s most eligible bachelors. And it is most notorious. They have thriving businesses, palatial homes, fast cars and the attention of women in no short supply. They are known as The Merry Men, but the ladies call them The Real Yoruba Demons. The Merry Men meet their match in Kenya and other new ladies who are bent on making them pay for their atrocities.

‘Kpali’ is the story of Amaka, a young Nigerian and Investment Banker, who has 30 days to secure a resident permit (kpali) in the UK or face the consequence which might include disappointment or deportation.

All hell is let loose when three young ladies found a total sum of $800,000 and decided to spend it all. The money is later found out to be the loot of some internet fraudsters and the ladies have the EFCC and a ring of criminals to contend with.

Get the latest Stories

Get the Latest Breaking News and Headlines in Nigeria